The Bureau of Indian Affairs purchased the land that is now considered the Redding Rancheria in 1922. The purpose of this purchase was to provide a place for homeless Indians to camp and live. And that is precisely what this land became for many Indians in Shasta and Trinity County. Our Rancheria was unique because it included Indians from not just one tribe but Indians of Pit-River, Wintu and Yana descent. 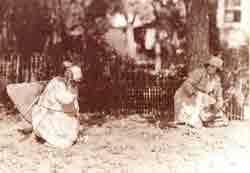 Even Prior to the purchase of the land by the government for Indian homes, many Indians gathered in the area to fish for salmon in Clear Creek. Life on the reservation was communal. People looked after each other’s children, planted gardens for food, and carried buckets of water from natural springs from nearby Clear Creek. Indians on the Rancheria lived a self-sufficient lifestyle.

Although the Bureau of Indian Affairs was obligated to establish and maintain a domestic water system, provide a road and housing, they built only a handful of substandard houses and failed to fulfill the other obligations. 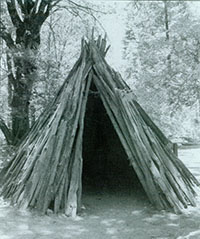 The history of the treatment on Indians in California is tragic. As recently as 1958, the California Rancheria Act expressed Congress’ intent to eradicate the cultural identity of Indians. In the area of termination, Congress unilaterally extinguished the special status and rights of tribes.

During the late 1970’s the Inter-Tribal Council of California was active in forming task forces challenging the termination of a number of tribes.

In 1983, a California district ruled that the failure of the BIA to comply with it’s obligations under the California Rancheria Act invalidated the Act.