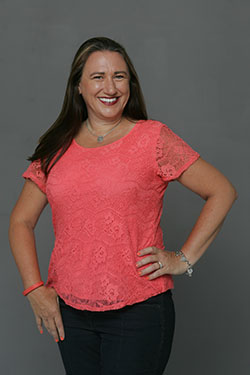 She immediately returned home and has worked for her Tribe since 1996 as the Tribal Attorney and since 2004 as the Chief Executive Officer. Tracy has been a Tribal Council member for 8 years, serving 4 years as the Tribal Chairperson and 3 years as the Vice-Chairperson. Tracy has also been a board member for the Redding Rancheria Economic Development Corporation for 6 years, one year as the Chairperson of the Board. She has also served on the Redding Rancheria Policy Council for the Headstart located on the Rancheria and member of the Tribal Education Committee.

Tracy was born in Redding and has lived in the community for 40 years. She is a graduate from Pacheco Jr. High and Anderson High School. Her community undertakings include being a past member of the Pacheco School Board, the Youth Violence Prevention Council of Shasta County, Board of Directors for Chamber of Commerce of Redding California, and the Board of Directors for the Shasta Regional Community Foundation. She has served on the Mercy Advisory Board, and currently the Turtle Bay Board of Regents. She has also served 6 years as a member of the Board of Directors of California Indian Legal Services. Tracy is married to Scott Edwards and most importantly the busy mother of son Tyler, daughter Miranda, and son Payton. 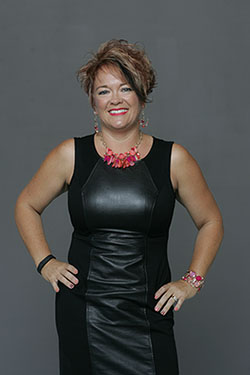 Stacey Carman is a member of the Redding Rancheria. She is the granddaughter of the late and well respected Tribal Elder Art Hayward and daughter to Mac and Vicky Hayward. Stacey is the Tribes Chief Operating Officer. She graduated from University of Phoenix with her Bachelors in Business. Stacey started her career with the Tribe in 1991 as the Public Information Specialist and became the Chief Operating Officer in 1994.

She has served as a Tribal Council member and on the Redding Rancheria Economic Development Board on and off for several years. She is a member of the Society for Human Resource Management. Stacey is a HeartMath certified instructor and is passionate about teaching it.

Stacey has lived in Cottonwood, CA her whole life. She is a graduate from West Valley High School. She’s currently serving on the Mercy Advisory Board and Redding Rancheria Community Fund. Stacey previously served on Cottonwood’s Foundation for Excellent Schools and KIXE advisory board. She graduated Leadership Redding in 1993. Stacey is married to Charles Carman and is the mother to son Cody and daughters Mackee, Kaylee and Charlee and most recently Grandma to Eli, Olivea, Sidney, and Lennon. 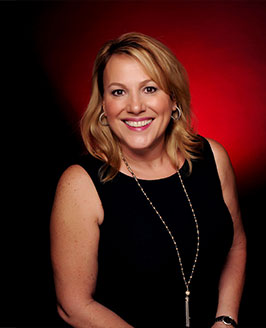 Tamra Olson has been the Redding Rancheria’s Chief Financial Officer since 2003. Prior to that she resided in San Francisco for 15 years where she held several positions for the international Public Accounting firm of KPMG, and was the Director of Financial Services and Operations for Catholic Healthcare West (Dignity Health). She has also taught several college courses in both finance and accounting for National University.

Tamra received her Bachelor of Science degree in Business Administration and Accounting from California State University, Chico and her Master’s in Business Administration from Saint Mary’s College. She has been a licensed Certified Public Accountant in California for almost 30 years and is a long time member of the American Institute of Certified Public Accountants.

Tamra is married and raised 2 children who recently moved away to attend college in Southern California. She enjoys spending her free time traveling and playing tennis.