The Redding Rancheria membership is composed of the lineal descendants of one of the original 17 distributees that lived on the Rancheria in 1968. Tribal Members have lineage to the Pit River, Wintu, and Yana people.

The Pit River people are Native Americans comprised of eleven autonomous bands that since time immemorial have resided in parts of Shasta, Siskiyou, Modoc, and Lassen Counties in the State of California.

The Wintu (also Northern Wintun) are Native Americans who live in what is now Northern California. They are part of a loose association of peoples known collectively as the Wintun (or Wintuan). Others are the Nomlaki and the Patwin. The Wintu language is part of the Penutian language family. Historically, the Wintu lived primarily on the western side of the northern part of the Sacramento Valley, from the Sacramento River to the Coast Range.

The range of the Wintu also included the southern portions of the Upper Sacramento River (south of the Salt Creek drainage), the southern portion of the McCloud River, and the upper Trinity River. They also lived in the vicinity of present-day Chico, on the west side of the river.

The Yana are a group of Native Americans indigenous to Northern California in the Central Sierra Nevada, on the western side of the range. Their lands, prior to invasion, bordered the Yuba and Feather rivers. They were nearly destroyed during the California Genocide in the latter half of the 19th century. 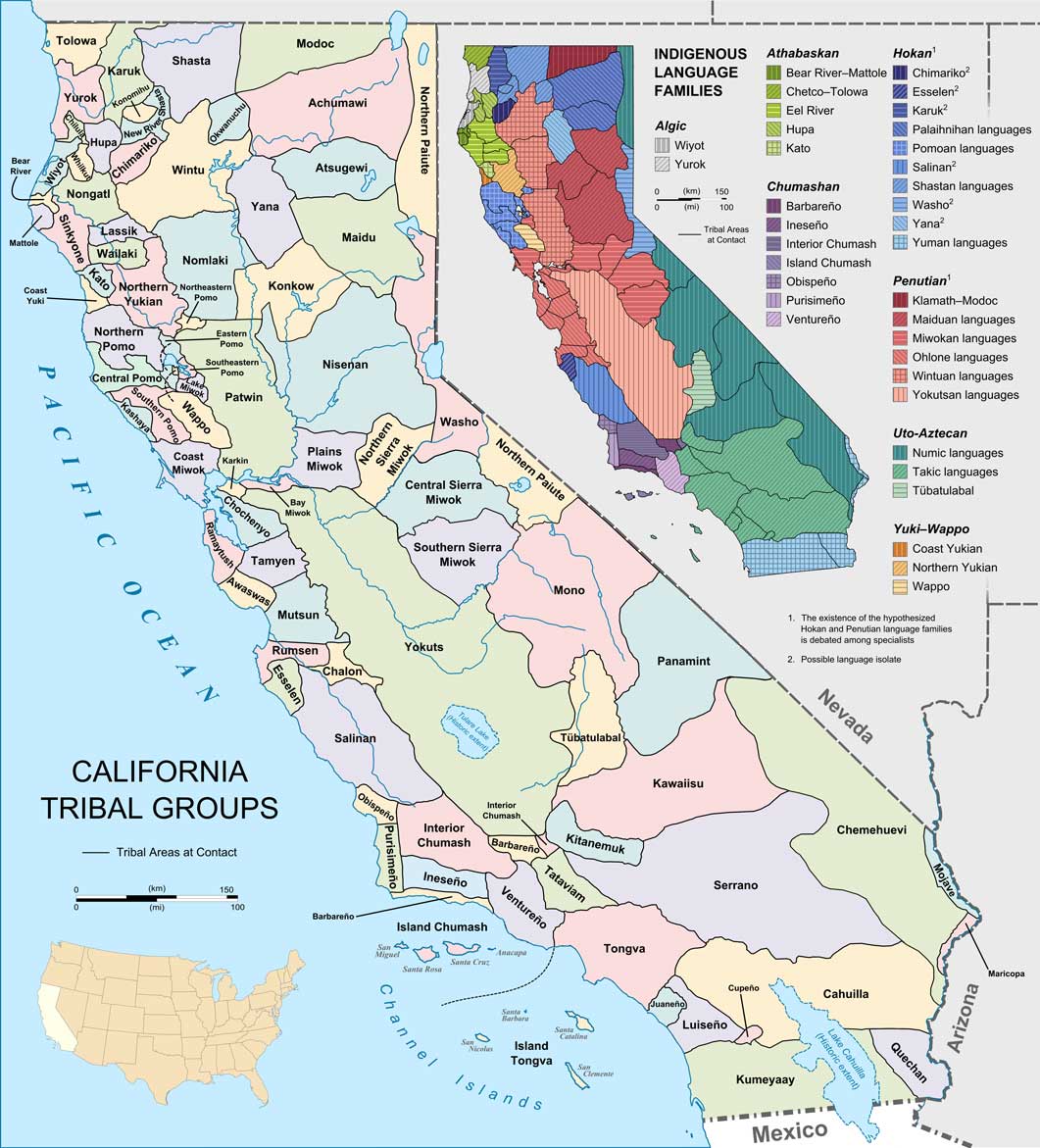